Deavon and I go right into discussing our recent life changes that led to us being off the air and how they led us to recording yet again.  We dive into the idea that our transition out of the military was almost a decade ago at this point and looking back it seems less of a challenge than our more recent ones.

The conversation is pretty freeform, but should be enjoyable!

A little late in sharing this story, but I’m happy I got to tell it.  I got to serve next to amazing Americans who all on their own volition drove and flew down to Texas to help in the wake of Hurricane Harvey.  I’m truly honored that I got to join the teams from Mountain Primal Meat Co. and Merging Vets with Players in bringing aid to the Beaumont, TX area.

Deavon runs the interview on this one, and we cover: 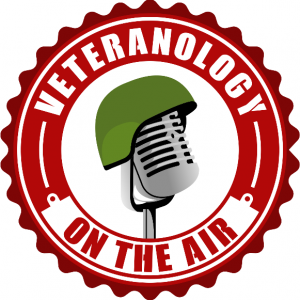 What is says on the tin, plus some tangents.

In this episode I’m joined by two veterans:  1) Nate Boyer, a US Army veteran and Special Forces soldier followed a path through football, playing for the Texas Longhorns and then a single pre-season game with the Seattle Seahawks, and 2) Denver Morris, a fellow Marine infantry veteran from 2/7 and Program Coordinator for the Los Angeles branch of Merging Vets with Players (MVP). 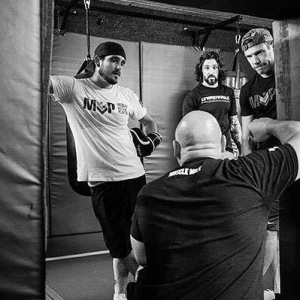 Nate, along with his co-founder Jay Glazer, started MVP with a mission “designed to address challenges that many combat veterans and professional athletes face when transitioning their service/professional life towards a new mission in their civilian life.”  They do this by challenging its members with group fitness classes and fostering peer-to-peer support among the team.   Denver, MVP’s first success story, joined them very early on and was their first employee.

In the interview we discuss:

Our guest today is Army veteran Dan Helmer.  Dan began his Army career at West Point and after receiving his commission was assigned to the 4th Infantry Division, 1st Battalion 68th Armor Regiment, right after they had just invaded Iraq.  A lot of his service story will come up early in the interview so I don’t want to spoil anything, but I do want to highlight that he was instrumental in creating the Counter Insurgency Academy that would then change our strategies in Iraq and Afghanistan.  Dan is now living in Virginia, where he continued his service in the Army reserves, and on top of it all is now running as the democratic candidate for Virginia’s 10th congressional district.

Two topics Dan made sure we hit during his interview were why it’s important for veterans to run for office, and why we need a new set o veteran democrats in congress.

We get to spend a good time listening to his ideas on leadership, problem solving in the military and how it translates elsewhere, and what he’s planning on bringing to congress.

If you’d like to learn more about Dan’s campaign and or would like to help him our with a campaign contribution, you can do so at HelmerforCongress.com. 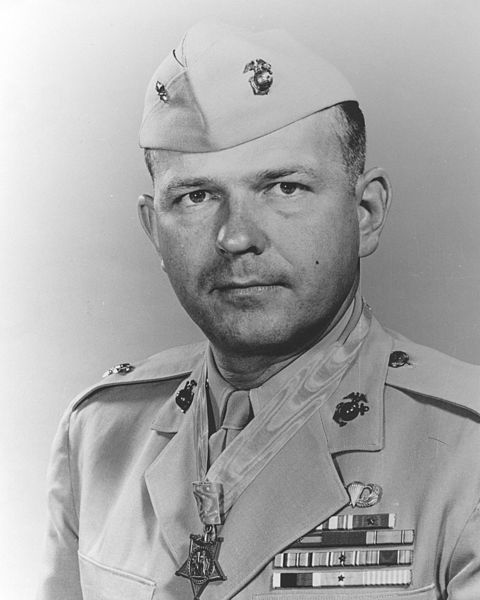 All our citations will be read from the Congressional Medal of Honor Society website, CMOHS.org.

For conspicuous gallantry and intrepidity at the risk of his life above and beyond the call of duty as commanding officer of Company F in action against enemy aggressor forces. Assigned to defend a 3-mile mountain pass along the division’s main supply line and commanding the only route of approach in the march from Yudam-ni to Hagaru-ri, Capt. Barber took position with his battle-weary troops and, before nightfall, had dug in and set up a defense along the frozen, snow-covered hillside. When a force of estimated regimental strength savagely attacked during the night, inflicting heavy casualties and finally surrounding his position following a bitterly fought 7-hour conflict, Capt. Barber, after repulsing the enemy gave assurance that he could hold if supplied by airdrops and requested permission to stand fast when orders were received by radio to fight his way back to a relieving force after 2 reinforcing units had been driven back under fierce resistance in their attempts to reach the isolated troops. Aware that leaving the position would sever contact with the 8,000 marines trapped at Yudam-ni and jeopardize their chances of joining the 3,000 more awaiting their arrival in Hagaru-ri for the continued drive to the sea, he chose to risk loss of his command rather than sacrifice more men if the enemy seized control and forced a renewed battle to regain the position, or abandon his many wounded who were unable to walk. Although severely wounded in the leg in the early morning of the 29th, Capt. Barber continued to maintain personal control, often moving up and down the lines on a stretcher to direct the defense and consistently encouraging and inspiring his men to supreme efforts despite the staggering opposition. Waging desperate battle throughout 5 days and 6 nights of repeated onslaughts launched by the fanatical aggressors, he and his heroic command accounted for approximately 1,000 enemy dead in this epic stand in bitter subzero weather, and when the company was relieved only 82 of his original 220 men were able to walk away from the position so valiantly defended against insuperable odds. His profound faith and courage, great personal valor, and unwavering fortitude were decisive factors in the successful withdrawal of the division from the deathtrap in the Chosin Reservoir sector and reflect the highest credit upon Capt. Barber, his intrepid officers and men, and the U.S. Naval Service. 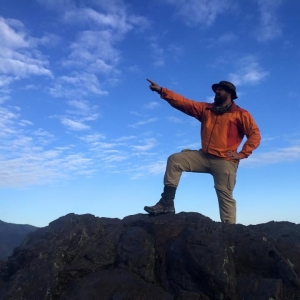 Today’s guest is Jeff Fowler, a Marine veteran, machine gunner, and former squad leader from 2/7 Weapons Company. Jeff wanted to share some valuable insights on our VA education benefits with the Veteranology audience, as well as speak about his own challenges and triumphs after leaving the Marine Corps for a new path. Jeff currently works for the Social Security Administration and has found it to be an incredibly rewarding career.

We cover using your Voc. Rehab and GI Bill benefits to their full potentional, what it’s like to hike the Appalachian Trail, and the mindset shift a veteran must make from making a difference on the battlefield to making a difference in your local community. 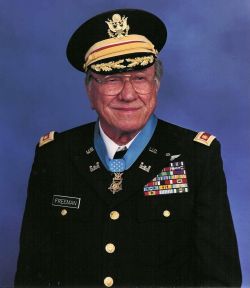 We are proud to announce our newest weekly segment here at Veteranology, Medal of Honor Monday.  We will work to read one citation each week to not just inspire you to charge your own hills but to make sure these stories or heroism and duty continue to be heard.

All our citation will be read from the Congressional Medal of Honor Society website, CMOHS.org.

Captain Ed W. Freeman, United States Army, distinguished himself by numerous acts of conspicuous gallantry and extraordinary intrepidity on 14 November 1965 while serving with Company A, 229th Assault Helicopter Battalion, 1st Cavalry Division (Airmobile). As a flight leader and second in command of a 16-helicopter lift unit, he supported a heavily engaged American infantry battalion at Landing Zone X-Ray in the Ia Drang Valley, Republic of Vietnam. The unit was almost out of ammunition after taking some of the heaviest casualties of the war, fighting off a relentless attack from a highly motivated, heavily armed enemy force. When the infantry commander closed the helicopter landing zone due to intense direct enemy fire, Captain Freeman risked his own life by flying his unarmed helicopter through a gauntlet of enemy fire time after time, delivering critically needed ammunition, water and medical supplies to the besieged battalion. His flights had a direct impact on the battle’s outcome by providing the engaged units with timely supplies of ammunition critical to their survival, without which they would almost surely have gone down, with much greater loss of life. After medical evacuation helicopters refused to fly into the area due to intense enemy fire, Captain Freeman flew 14 separate rescue missions, providing life-saving evacuation of an estimated 30 seriously wounded soldiers — some of whom would not have survived had he not acted. All flights were made into a small emergency landing zone within 100 to 200 meters of the defensive perimeter where heavily committed units were perilously holding off the attacking elements. Captain Freeman’s selfless acts of great valor, extraordinary perseverance and intrepidity were far above and beyond the call of duty or mission and set a superb example of leadership and courage for all of his peers. Captain Freeman’s extraordinary heroism and devotion to duty are in keeping with the highest traditions of military service and reflect great credit upon himself, his unit and the United States Army. 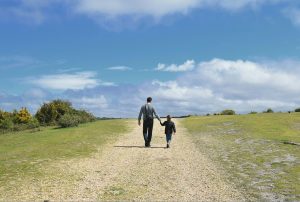 Deavon and Jay form up in the studio and discuss Father’s Day and what it means to them.  Deavon shares his memories of becoming a father, 10 days after his EAS date.  Going even further Deavon gives us his take on being both a father and a step-father, along with what it’s like sharing a house with the 5 women he cares about most.

Deavon and Jay end the episode with sharing stories about the dads who raised them and the positive effects those men still have on their lives.

We’d love to hear your own thoughts about Father’s Day!  Please leave us a comment, story, or funny meme on our Facebook page at www.facebook.com/veteranology 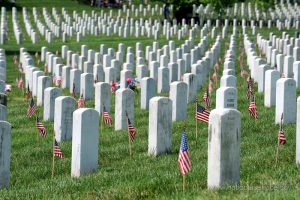 Today’s episode marks Veteranology’s first Friday Formation, where Marine Veteran Deavon Black and I break down topics that affect veterans, and share our own stories in dealing with those topics and specific situations.  This is our Memorial Day ’17 episode and we went into it with a few topics we were hoping to hit, mainly our person relationships with Memorial Day itself.

We end up discussing how Memorial Day has affected us throughout the years since leaving the service, our own healing journeys, and a “healthier” alternative to approaching Memorial Day when discussing it with civilians.

I also have a pretty emotional reaction to trying to discuss a past Memorial Day that meant a lot to me.  I get choked up quite a bit but I left most of this episode unedited to keep the message open and real.

Semper Fi, Godspeed, and enjoy this Memorial Day weekend with your family, friends, and fur-babies.